E2M2: Trapped is the second map of Cleimos. It was designed by Rand and Steven Phares.

It was adapted into MAP12 of Cleimos 2. 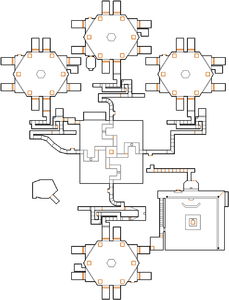 * The vertex count without the effect of node building is 1137.