E2M3 is the third map of Aloha999. It was designed by Alamain. 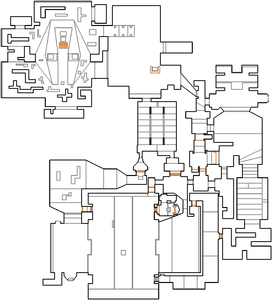 One imp (thing 122) is stuck inside a wall, so cannot be killed, meaning that 99% is the maximum kills percentage achievable.

If, at the start, you fall into the pit immediately to the north-west, you will be stuck in this pit (the door leading out of this pit can only be opened by approaching it from the other side).

* The vertex count without the effect of node building is 1111.