E2M3 is the third map of the second episode of Heroes. It was originally designed by Ben Morris (Warbaby) as WARBABY.WAD E2M2 (BEN10.WAD), then slightly modified by Albert Dewey for the compilation. It uses the music track " ". 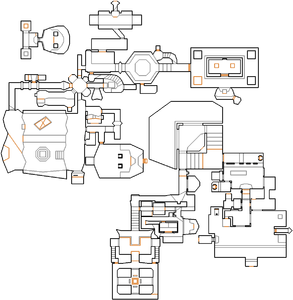 * The vertex count without the effect of node building is 1391.