E2M4 is the fourth map of Aloha999. It was designed by Alamain. 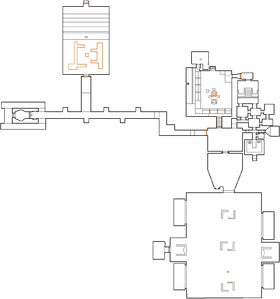 It is very difficult to achieve 100% kills on this map as there are 12 cyberdemons, and not enough ammo to kill all of them.

The door leading to the long passage in the north-west of the level actually requires the blue key even though its side markings suggest it requires the red key.