E2M5: Bunker is the fifth map of episode The Collider's New Clothes in Return to Hadron. It was designed by Matt Powell (cannonball) and uses the music track "Mystic's Glance," originally composed by David Shaw (Tolwyn) for Requiem. 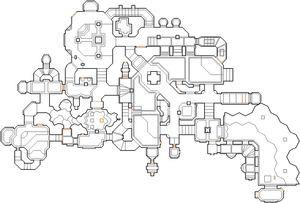 * The vertex count without the effect of node building is 2079.