E2M5: Central Command is the fifth map in the Project: Jupiter episode of The Invasion. It was designed by Paul Fleschute (Moe). 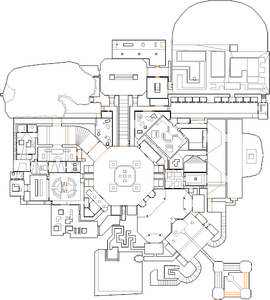 * The vertex count without the effect of node building is 2804.