E2M5: Command Center is the fifth map in episode The Shores of Hell of Wonderful Doom. It was designed by Eugene Guschin (Wraith777). 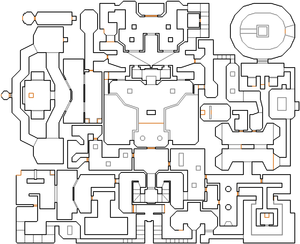