E2M5: Juggernaut is the fifth map in episode The Stagnant Fortress of Strange Aeons. It was designed by Mike MacDee (Impie) and uses the music track "". The par time defined in MAPINFO is 1:30. 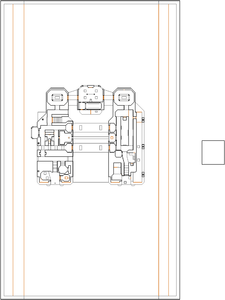 Map of Juggernaut
Letters in italics refer to marked spots on the map. Sector, thing, and linedef numbers in boldface are secrets which count toward the end-of-level tally.

The (absence of) data was last verified in its entirety on August 3, 2022.