E2M5: Sewer System is the fifth and final map in episode Terror in Chex City of Chex Quest 3. It was designed by Charles Jacobi and uses the music track "". 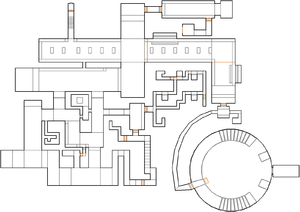 The (absence of) data was last verified in its entirety on February 3, 2022.

* The vertex count without the effect of node building is 800.