E2M5 is the fifth map of Hell Run. It was designed by Jonathan Jordan. 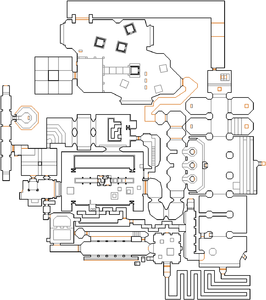 * The vertex count without the effect of node building is 1833.