E2M5 is the fifth map in the second episode of Rage Doom. It was designed by Dan Krempel. 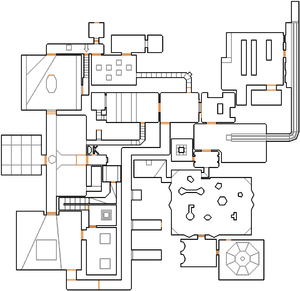 The absence of a yellow key in easy skill means that the normal exit cannot be accessed in this skill. The secret exit can still be accessed, however.