E2M5 is the fifth map of TDUNN Series for Doom. It was designed by Travers Dunne and Alister Dunne. 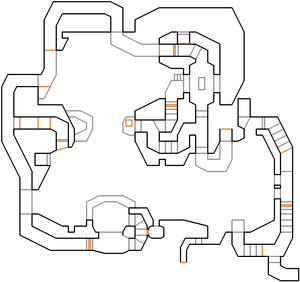 A shotgun guy (Thing 98) has no flags set for any of the three difficulty classes, so it does not actually appear in the level.

* The vertex count without the effect of node building is 420.