E2M6: BEWARE is the sixth map of Dark Hell. It was designed by Greytale. 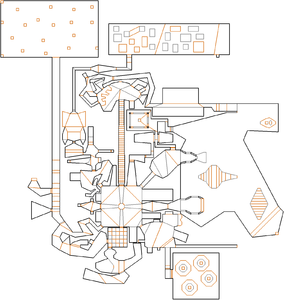 Map of BEWARE
Letters in italics refer to marked spots on the map. Sector, thing, and linedef numbers in boldface are secrets which count toward the end-of-level tally.

As it is impossible to obtain credit for secret #1 (see above), the maximum achievable secret percentage on this level is 91%.