E2M8: Tower of Demons is the eighth and final map of Dark Hell. It was designed by Greytale. 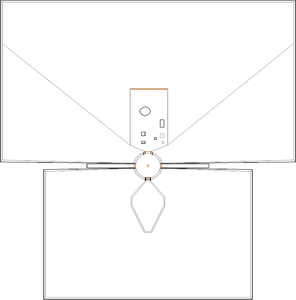 Map of Tower of Demons
Letters in italics refer to marked spots on the map. Sector, thing, and linedef numbers in boldface are secrets which count toward the end-of-level tally.

Due to two secret sectors (#3 and #4 above) being too narrow, the maximum achievable secret percentage is 50%.

On medium skill there is a soul sphere to the north-west of the main lift, and in hard skill there is also another one north-east of the lift. Both of these are in sectors of zero height, and are thus unobtainable, making 100% items unachievable on these skills.

* The vertex count without the effect of node building is 174.