E2M8 is the eighth and final map of the second episode of Heroes. It was originally designed by Peter Naus as HEX1.WAD (The Halls of Hex = the Halls of Power), then modified by Albert Dewey for the compilation. It uses the music track " ". 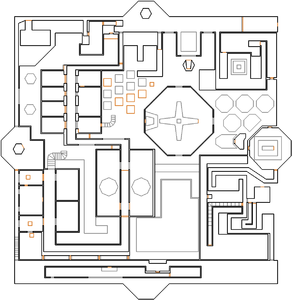