E3M2 is the second map of the third episode of Heroes. It was originally designed by Peri Strange as PERI11.WAD (Crush-o-rama-ama-ama), then modified by Albert Dewey for the compilation. It uses the music track " ". 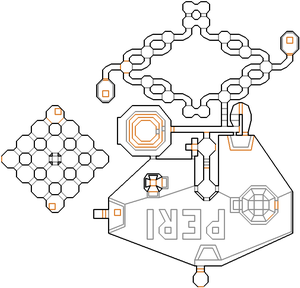