E3M4: Hall of Ebola is the fourth map in episode The Evil Unleashed of 2002 A Doom Odyssey. It was designed by Rory Habich and uses the music track "". In the 10th anniversary edition the level was subtly renamed into Halls of Ebola, and received only a few small geometry changes without thing alterations. 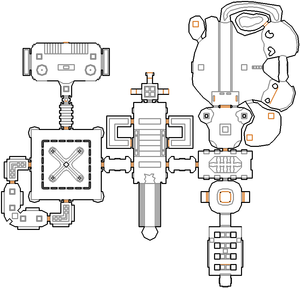 Map of Hall of Ebola (original) 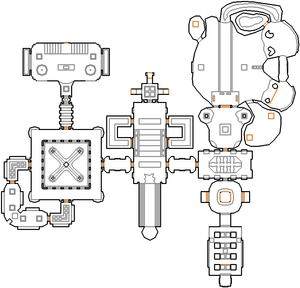 Map of Halls of Ebola (10th ed.)
Letters in italics refer to marked spots on the map. Sector, thing, and linedef numbers in boldface are secrets which count toward the end-of-level tally.