E3M5: De-Moon Side is the fifth map in episode The Evil Unleashed of 2002 A Doom Odyssey. It was designed by Vick Bobkov (Virgil the Doom Poet) and uses the music track "". In the 10th anniversary edition it was moved to E4M9: De-Moon Side as the ninth and secret map in the Torment Ultima episode, and received a couple of minor geometry changes and one extra teleport landing. 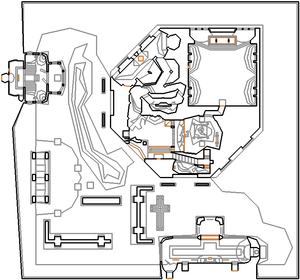 Map of De-Moon Side (original) 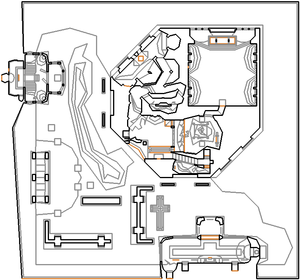 Map of De-Moon Side (10th ed.)
Letters in italics refer to marked spots on the map. Sector, thing, and linedef numbers in boldface are secrets which count toward the end-of-level tally.