E4M2: Perfect Hatred is the second map in episode Thy Flesh Consumed of Wonderful Doom. It was designed by Eugene Guschin (Wraith777). 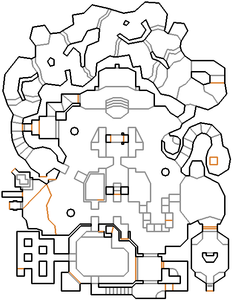 * The vertex count without the effect of node building is 792.