E4M3: Earth, Blood and Fire is the third map of Ultimate Doom the Way id Did. It was designed by Chris Bourke (purist). The par time defined in the DEHACKED lump is 2:15. 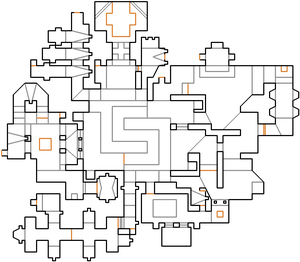 Map of Earth, Blood and Fire
Letters in italics refer to marked spots on the map. Sector, thing, and linedef numbers in boldface are secrets which count toward the end-of-level tally.

* The vertex count without the effect of node building is 661.

Joel 2:30 “And I will shew wonders in the heavens and in the earth, blood, and fire, and pillars of smoke.”