E4M3: Hell Unleashed is the third map in episode The Search for Stephanie of 2002 A Doom Odyssey, or episode Torment Ultima in the 10th anniversary edition. In the latter, a some small geometry changes were implemented while the things population remained the same. The map was designed by Christian Hansen and uses the music track "". 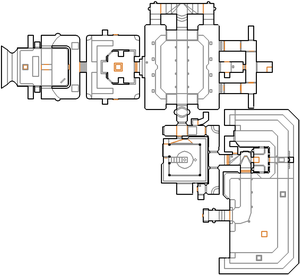 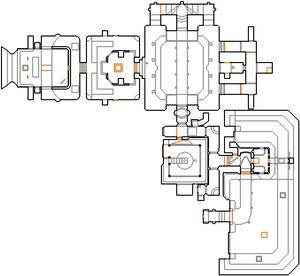 Map of Hell Unleashed (10th ed.)
Letters in italics refer to marked spots on the map. Sector, thing, and linedef numbers in boldface are secrets which count toward the end-of-level tally.

Only 66% secrets is possible on this map due to Secret #2 being inaccessible.