E5M1: The Mighty Green (The Mighty Blue in the V2 release) is a bonus map of 2002 A Doom Odyssey, the only one in the original edition and the first in the 10th anniversary edition, where it was also renamed into Surfing the Mighty Green. It was designed by Paul Corfiatis and uses the music track "Sam & Max, Surfin' the Highway".

The original version of this map featured a mainly blue theme, including a blue sky and water flats, hence its original name. For the next version of the megawad (V3), the map was renamed to fit its new mainly green theme in the style of certain maps of Thy Flesh Consumed, including the orange sky and lava flats. Furthermore, in the 10th anniversary edition it received some geometry modifications plus a BFG9000 with ammo. 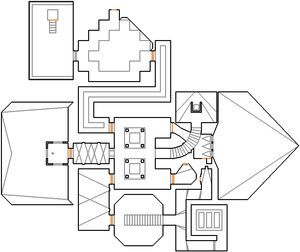 Map of The Mighty Green (original) 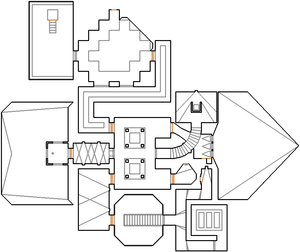 Map of Surfing the Mighty Green (10th ed.)
Letters in italics refer to marked spots on the map. Sector numbers in boldface are secrets which count toward the end-of-level tally.