This level occupies the map slot E5M5. For other maps which occupy this slot, see Category:E5M5.

E5M5: Abaddon's Void is the fifth map of SIGIL. It was designed by John Romero and uses the music track "Cold Frost (Part 6)" by Buckethead as well as "Alice" by James Paddock (Jimmy). The par time defined in the DEHACKED lump is 13:00. 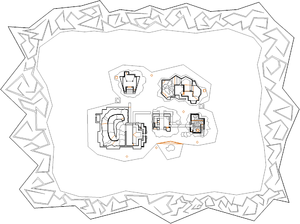 Map of Abaddon's Void
Letters in italics refer to marked spots on the map. Sector numbers in boldface are secrets which count toward the end-of-level tally. 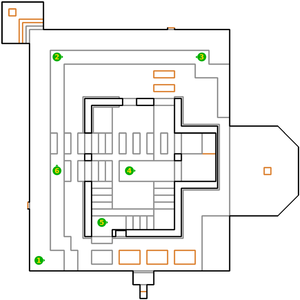 * The vertex count without the effect of node building is 2171.

The systems of cracks near the edge of the map are designed to give the appearance of "hell lightning."[1]