E5M8: Halls of Perdition is the eighth and final map of SIGIL. It was designed by John Romero and uses the music track "Poseidon 4-6" by Buckethead as well as "Easel" by James Paddock (Jimmy). The par time defined in the DEHACKED lump is 5:00. 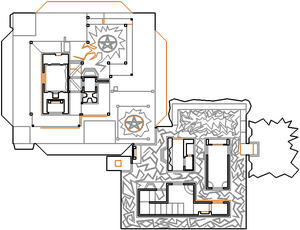 Map of Halls of Perdition
Letters in italics refer to marked spots on the map. Sector numbers in boldface are secrets which count toward the end-of-level tally. 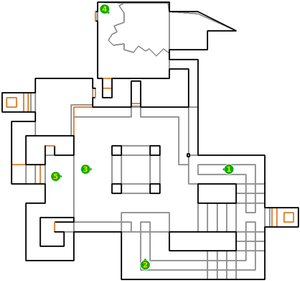 * The vertex count without the effect of node building is 1845.