E6M6: Anomaly of Evil (Doom the Way id Did: The Lost Episodes)

This level occupies the map slot E6M6. For other maps which occupy this slot, see Category:E6M6.

E6M6: Anomaly of Evil is the sixth map of episode The Final Gate in Doom the Way id Did: The Lost Episodes. It was designed by Captain Toenail. The par time defined in MAPINFO is 6:00. 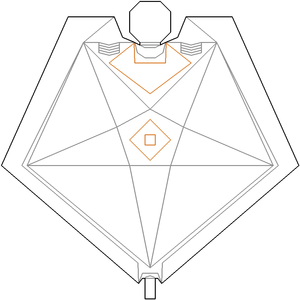 Map of Anomaly of Evil
Letters in italics refer to marked spots on the map. Sector numbers in boldface are secrets which count toward the end-of-level tally.

* The vertex count without the effect of node building is 102.