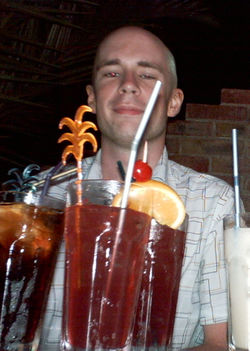 Erik Alm is a Swedish Doom level designer and speedrunner. He is perhaps best known for being the author of the "Scythe" series, with Scythe being featured in the Top 100 WADs of All Time article and Scythe 2 winning a Cacoward in 2005. The series's third entry, Scythe X, is yet to be finished, with only the first two episodes released.

He is currently working at the European Centre for Disease Prevention and Control (ECDC).[1]

His Scythe series has been very influential. At the 2018 Cacowards he was awarded the Espi Award for Lifetime Achievement, the first awarded "to a mapper's legacy". The following year, an article on the history of Doom mapping stated that Scythe 2 is "the second most influential PWAD of all time after Alien Vendetta".[2]

He has also recorded several demos, of the IWADs as well as various PWADs.

The following data was last verified in its entirety on July 17, 2020.