This level occupies the map slot GRAD. For other maps with a non-standard slot, see Category:Non-standard map slots.

GRAD: Planet Eioneus is the twelfth map of Reelism. It was designed by FireSeraphim and uses the music track "". 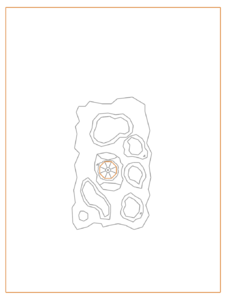 Map of Planet Eioneus
Letters in italics refer to marked spots on the map. Sector, thing, and linedef numbers in boldface are secrets which count toward the end-of-level tally.

This map was inspired by the Gradius series and was at one point going to be a lot bigger and was going to include a segment that took place onboard the Space Fortress Xaerous, but that was cut due to difficulties in conceptualization. You can still find unused textures for Space Fortress Xaerous in the final file.