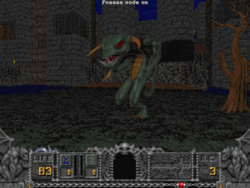 A Green Chaos Serpent in Hexen. 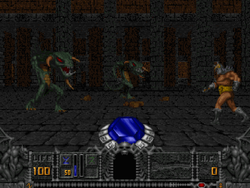 Chaos serpents approach in a pre-release screenshot.
This article is about the green chaos serpent in Hexen. For D'Sparil's steed in Heretic, see D'Sparil.