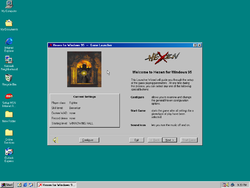 The launcher is a guided setup to create a new game or load an existing one. From the launcher you can:

Hexen95 works on Windows 10 (including x64) provided that DirectPlay is installed.