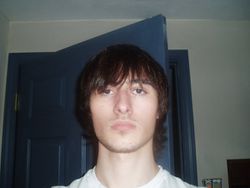 John Corrado (aka anarkavre) is a long time Doom fan. He is a computer programmer with a B.S. in Computer Science.

John first got into Doom in the '90s when he first played the shareware version. He found Doomworld and DoomNation in 1998 where he met many other fans who had a similar passion for the game. He began to experiment with mapping and released a few maps, a few of which were personal projects and a contribution for UAC Resurrection. John has had an interest in computer programming for years and did some of the early programming for Odamex, at that time called Zwango, which was based on csDoom. He has also contributed to the community with a few things such as working for the now extinct Doom Center and coming up with the idea for E1 Week which John Romero participated in.