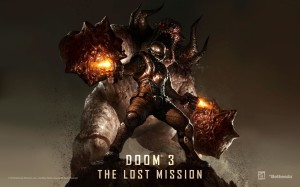 The Lost Mission is the second official Doom 3 expansion pack, released in 2012 as part of Doom 3: BFG Edition. It consists of eight new levels during which the player takes control of a surviving member of the marine squad Bravo Team, which the hero of the original campaign was meant to rejoin. The primary objective, given to the marine by Dr. Richard Meyers, is to shut down a high-powered long-range teleporter in the top secret Exis Labs in order to prevent the demons from using it to reach Earth. The levels feature a mixture of weapons and monsters from Doom 3 and the previous expansion, Resurrection of Evil.