Canyon is a part of the Master Levels for Doom II and the third map of the first episode in the PlayStation Final Doom port. It was designed by Tim Willits and Theresa Chasar, and is contained in the file CANYON.WAD. 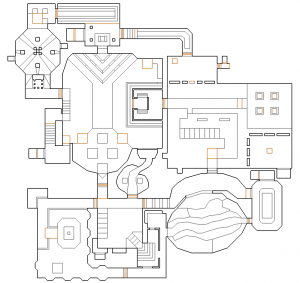 Map of Canyon
Letters in italics refer to marked spots on the map. Sector numbers in boldface are secrets which count toward the end-of-level tally.