MAP01: Outpost is the first map of NOVA: The Birth. It was designed by John Weekley (PRIMEVAL), who also composed the level's music track, "Pumped Up." 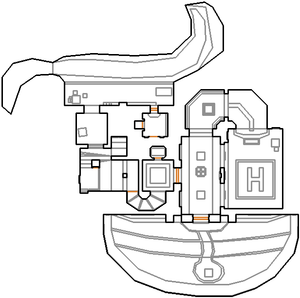 * The vertex count without the effect of node building is 698.