MAP01: Terminal is the first map of H2H-Xmas. It was designed by Eric Spry (Geezus) and uses the music track "Sleigh Ride". 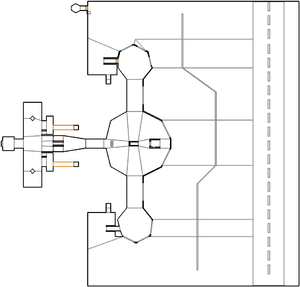 Map of Terminal
Letters in italics refer to marked spots on the map. Sector, thing, and linedef numbers in boldface are secrets which count toward the end-of-level tally.

Because the soul spheres on the other side of the terminal are unreachable, the maximum score for items at the intermission screen is 0%.