MAP01: Uprising is the first map of TNT: Revilution. It was designed by SFoZ911 and uses the music track "TiN Toker," by Brendan Bradley (Bucket). The par time is 1:00. 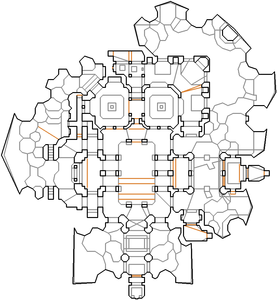 Map of Uprising
Letters in italics refer to marked spots on the map. Sector, thing, and linedef numbers in boldface are secrets which count toward the end-of-level tally.

* The vertex count without the effect of node building is 1328.

Early in Revilution's development, an additional introduction area was planned to be added to the map, tying it directly to the final map of TNT: Evilution. This area was never added, mostly due to the departure of the original development team.