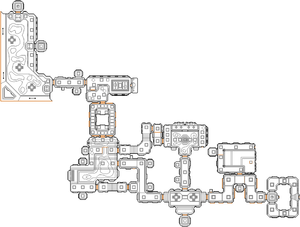 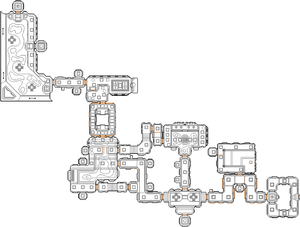 Map of Austerity: A Simplicity Tribute v1.0
Letters in italics refer to marked spots on the map. Sector, thing, and linedef numbers in boldface are secrets which count toward the end-of-level tally.

This level contains the following numbers of things per skill level in version 2.1 (v1.01 had five fewer stimpacks):