MAP02: A Faceful of Tacos (A Fistful of Doom)

MAP02: A Faceful of Tacos is the last map of A Fistful of Doom. It was designed by Gali. 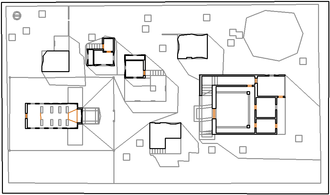 Map of A Faceful of Tacos
Letters in italics refer to marked spots on the map. Sector numbers in boldface are secrets which count toward the end-of-level tally.

Touching any of the cacti will harm you.

It is impossible to get 100% kills on this map as there is a revenant underneath the giant bell towards the end (the revenant creates the bell sound) which cannot be killed.