MAP02: Administration Center is the second map of NOVA: The Birth. It was designed by Micah Petersen (Jaws in Space) and uses the music track "Brazo," by Paul D, a composition based on "Brace Yourself," by Jochen Miller. 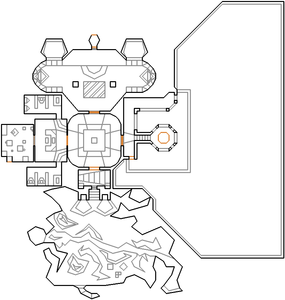 Map of Administration Center
Letters in italics refer to marked spots on the map. Sector, thing, and linedef numbers in boldface are secrets which count toward the end-of-level tally.