MAP02: Big Butts is the second map of 100LineN. It was designed by Zachary Stephens (Ribbiks) and uses as music track a MIDI version of "Baby Got Back" by Sir Mix-A-Lot. 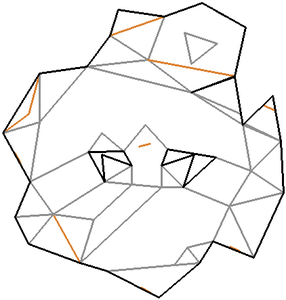 Map of Big Butts
Letters in italics refer to marked spots on the map. Sector numbers in boldface are secrets which count toward the end-of-level tally.

* The vertex count without the effect of node building is 66.