MAP02: Storage is the second map of Unholy Realms. It was designed by Brian Knox (Snakes) and uses the music track "The Pinky Shuffle," composed by John Weekley (PRIMEVAL). 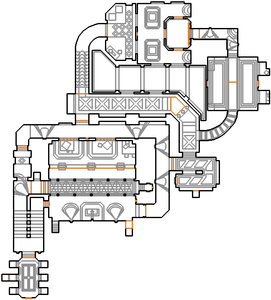