MAP02 is the second map of Dead In 60 Seconds. It was designed by Samuel Villarreal (Kaiser). 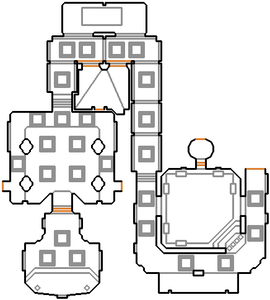 The data was last verified in its entirety on December 15, 2021.

* The vertex count without the effect of node building is 802.