MAP02 is the second and final map of DemoniZed. It was designed by NokturnuS and uses the music track "Suspense" by Bobby Prince from Doom. 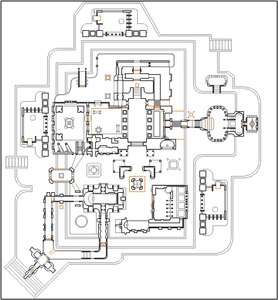 * The vertex count without the effect of node building is 4022.