MAP02 is the second map of Ezekiel. It was designed by Jon Vail (40oz) and Justin Kelly (Breezeep), and uses the music track "". 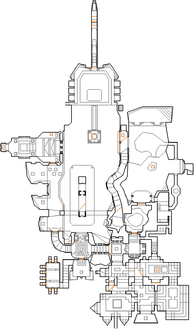 The (absence of) data was last verified in its entirety on January 6, 2022.

* The vertex count without the effect of node building is 2333.