MAP02 is the second map of Slugfest. It was designed by Shamus Young and uses the music track " ". 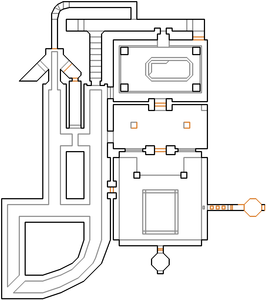 This level cannot be completed on easy skill due to the absence of the necessary blue and red keys.