MAP02 is the second map of Vae Victus 2. It was designed by Derek Braun (Dittohead) and uses the music track "Theme of the Magician" from the arcade version of The House of the Dead, sequenced to MIDI. 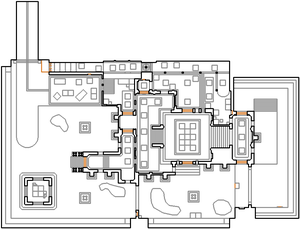 * The vertex count without the effect of node building is 1549.