MAP03: Manufacturing Plant is the third map of Mars War by Nathan Lineback. It uses a MIDI conversion of the second tracker module which plays in the demo "Buttman: The Terminated" by the Norwegian demoscene group Twilight Zone. 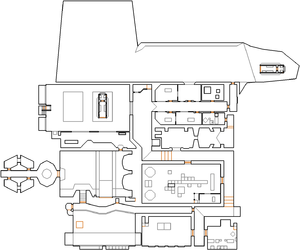