MAP03: Séréna, reviens, on t'aime (English: Serena, come back, we love you) is the third map of 3 heures d'agonie 3. It was designed by Jean Bon (Jambon) and uses the music track "Blow It Up," originally composed by Frank Klepacki for Command & Conquer: Red Alert 2. 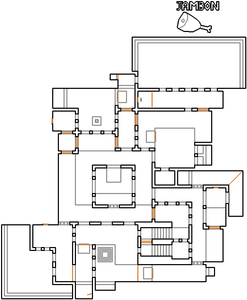 Map of Séréna, reviens, on t'aime
Letters in italics refer to marked spots on the map. Sector numbers in boldface are secrets which count toward the end-of-level tally.