MAP03 is the bonus map of Oracle.... It was designed by Jim Flynn and Scott Harper (MadMax). 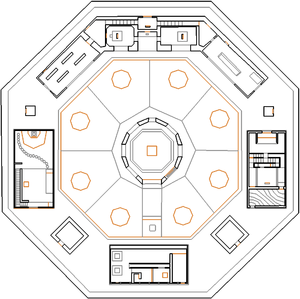 * The vertex count without the effect of node building is 1054.