MAP04: Nukage Processing is the fourth map of Hell To Pay. 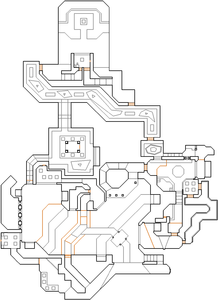