MAP04: The Nunnery (The Abyss) 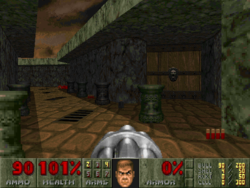 A marble hallway in The Nunnery.

MAP04: The Nunnery is the fourth level of The Abyss. It was designed by J.M.P van Waveren (MrElusive), and incorporates architecture similar to mediaeval monasteries, complete with scriptoriums, a cloister, and monk cells.

"The nuns have left the cloister."
― ABYSS.TXT [source] 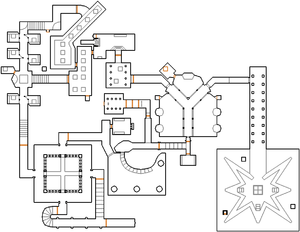 Map of The Nunnery
Letters in italics refer to marked spots on the map. Sector numbers in boldface are secrets which count toward the end-of-level tally.